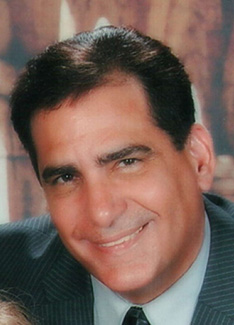 Founder of the name, concept, and originator of the industry name “Z Hair Salon” and the creator of the web site “Z Hair Salon”. Although not a hair stylist, Glenn’s role as part owner of Z Hair with his wife Marilyn, has been maintaining the Z Hair Salon website, salon product inventory, retail sales, and accounting for past 16 years. He also planned and the reconstructing of the rebuilding of the original Z Hair Salon in Chalmette, LA after its destruction from Hurricane Katrina in August of 2005.

In May 2011, Glenn decided to relinquish his daily role in Z Hair Salon management and become director of the salon’s Charities management. Its been his dream for the salon to continue grow locally and globally with its mission of Charitiable giving and to travel yearly to the charities of interest that the salon supports internationally.

It’s also been the heart of our clients to support worthwhile charitiable causes and Glenn has been able to form a cooperative trusting relationship with our helping our salon clients by forming a partnership/relationship with our salon vision in supporting two charitiable organizations: Childrens Hopechest and The Friends of the Good Samaritians School in Jasola, India.

Glenn believe’s by traveling directly to the points of care and need that he can give Z Hair Salon’s clients an ongoing report about the charitable donations that the salon and their clints are supporting.

And now through a partnership that Glenn has formed through a personal freindship with Friends of the Good Samaritian School Founder Ananthi Jebasingh, he is now able to travel there once year to serve and support the students and staff at the school. He teaches physical education, Arts and Crafts, reading skills, life skills, and Goal Setting the grade levels 10,11, and 12. His next trip will be in September 2014.

If you would like to sponsor a student or help with a donation towards a trip I am available from 10AM to 4PM Tuesday to Friday.

Z Hair Salon is here to serve all you hair needs. Our stylists are committed professional cosmetologists trained with continuous education in hair cuts, hair styling, and permanents. And are Highly educated in the art, application, and science of hair coloring, highlights,tri-dimensional highlenlights, and corrective hair coloring.